This year’s Record Store Day, the global celebration of the culture of the record store, takes place annually (this year on April 16, 2016), offers a fantastic array of exclusive titles, plus the launching of the Record Store Day Disney Cruiser turntable, The Smart Studios Story as the official Record Store Day 2016 film, our first ever Record Store Day inspired beer with RSD poster, the first in a series of re-recordings of iconic albums at Electric Lady Studios, and a series of releases in response to last year’s tragedy in Paris, will all help to make for a memorable April 16.

Just as Record Store Day celebrates independent record stores of all sizes and specialties, the list is varied and covers nearly every genre of music. Once again this year, nearly 60% of the titles are from independent artists or released through independent labels and distributors.

Madisen Ward & The Mama Bear, The Sonics (with special guests), Stephan Jenkins of Third Eye Blind and Langhorne Slim & The Law all release live recordings made in record stores. The Reverend Horton Heat releases a 7” with new music and artwork taken from the video made especially for it.

Metallica is the official Ambassador of Record Store Day 2016 and is helping RSD support and honor the victims of last year’s tragedy in Paris with the release of Liberté, Egalité, Fraternité, Metallica! – Live at Le Bataclan. Paris, France – June 11th, 2003, a CD featuring a live recording from the club, with the band, distributor Think Indie, Record Store Day and independent record stores donating proceeds to Fondation de France’s Give For France charity. In addition, Twenty One Pilots, Anthrax, and The Doors will be releasing Disquaire Day 7” singles in a show of solidarity and to celebrate the relationship between Record Store Day and Disquaire Day, between French record stores and US record stores, and between American and French lovers of music, art and culture. In addition, Record Store Day will see special releases from French artists Air, Erik Satie and Metal Urbain, as well as a recording of Johnny Thunders & The Heartbreakers’ 1977 final gig, also at Le Bataclan in Paris.

A Record Store Day collectors’ heads up: Concord (UMG) will release the Creedence Clearwater Revival 1969 Box Set– 3 vinyl and ephemera from the time period celebrating the historic year. The box will also come complete with 3 CDs and 3 international EPs on 7” vinyl. Albums include Green River, Bayou Country and Willy And The Poor Boys. A sneak peak at this amazing piece can be seen here: https://youtu.be/Gvxo2enB300

Record Store Day 2016’s Official Film couldn’t be more appropriate: The Smart Studios Story, Wendy Schneider’s brilliant and acclaimed feature-length documentary about the trailblazing Madison, WI outpost, co-founded by producer Butch Vig, that finally shuttered in 2010 due to financial difficulties after producing an enviable stream of recordings by such rock icons as Smashing Pumpkins, Nirvana, Tad, L7, Killdozer and of course, Garbage, among others. The film features Vig himself along with a number of other well known faces who have worked at the studio, including Dave Grohl, Billy Corgan and Shirley Manson.

And, in anticipation of the younger and younger attendees who have embraced the vinyl counter-revolution to digital, Record Store Day is excited to announce special releases from The Weekend, Justin Bieber and the aforementioned Twenty One Pilots, as well as a Disney compilation and Hello Kitty Picture Disc for fans of all ages.

Record Store Day, the organization, is managed by the Department of Record Stores and is organized in partnership with the Alliance of Independent Media Stores (AIMS), the Coalition of Independent Music Stores (CIMS) and promotes independent record stores year-round with events, special releases and other fun things. 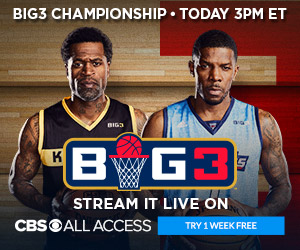